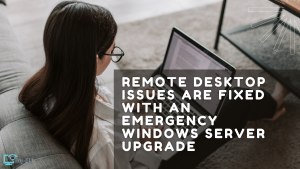 Microsoft has issued an out-of-band update to fix a Windows Server bug that is causing Remote Desktop connection and performance issues.

“It’s also possible that you won’t be able to connect to the server using Remote Desktop. The server may stop responding in certain conditions.”

The fixes for this problem aren’t accessible through Windows Update, and they won’t be installed automatically on affected systems.

They’re also available for download via the Microsoft Update Catalog [1, 2]. Using the instructions in this support document, enterprise administrators can manually import the updates into Windows Server Update Services (WSUS).

Because KB5010196 and KB5010215 are cumulative updates, you won’t need to install any earlier Windows Server updates first.

No comments to show.