How Hackers Access to Remote Desktops & How to Avoid Being Hacked 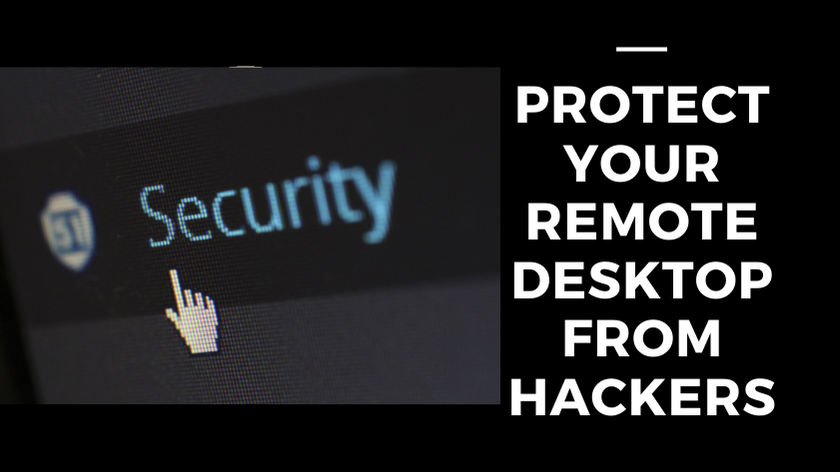 Hackers are increasingly using remote desktop hacks to gain access to the important passwords and system information on networks that rely on RDP to function. Malicious actors are always coming up with new techniques to gain access to private data and secure information that they can use to extract ransom payments. It’s critical that your business takes every precaution to keep your network and system safe from hackers. RDP is a widely used business solution, yet its widespread use is precisely what makes it vulnerable to an RDP attack. If you use Microsoft’s RDP as a remote desktop or remote assistance solution, you should be aware of the hazards and alternatives.

If you’re concerned about an RDP hack, you should first learn what RDP is and whether or not your firm uses it. Remote Desktop Protocol (RDP) is a remote desktop solution that comes pre-installed on all Windows computers. Microsoft’s RDP is the remote desktop solution of choice for many enterprises, whether they’re utilizing it to give remote help or transfer files and data remotely. Because RDP is a Microsoft-only product, it has some limits if people and employees on your network use Mac, iOS, or Linux devices However, the larger issue with RDP is its widespread use.

What Causes an RDP Hack?

Hackers are increasingly using Remote Desktop Protocol (RDP) to steal data from devices and networks. It is particularly vulnerable due to its widespread distribution. Because so many businesses utilize it, the chances of accessing a network that isn’t properly secured are higher, and hackers have a better opportunity of breaking in. Furthermore, the software on many networks is out-of-date. RDP versions that are out of date and do not have the latest security patches are considerably more vulnerable to assaults. When Microsoft discovers a vulnerability in its RDP, it issues an update to address the problem. However, the system administrator is responsible for ensuring that all devices are updated in order for the patch to take effect.

Hackers utilize RDP to break into weak networks, servers, and devices via a variety of approaches. RDP hacking has become so popular that publications containing instructions on how to use an RDP hack have been published freely on the internet. Hackers lead you through the steps to steal a “sysadmin” (system administrator) password via weak RDP connections in this how-to article. RDP hacking is simple and widespread enough that practically anyone can learn how to perform it. It does, however, require some basic computer administration abilities. Hackers utilize RDP to get access to the host computer or network, which they then use to install ransomware.

Regular users lose access to their devices, data, and the broader network once the software is deployed. It’s a predicament that no company or organization wants to be in, which is why it’s critical to effectively secure yourself and your company against an RDP hack! Did you know there are entire websites dedicated to illegally selling access to RDP servers on the dark web? Aside from a ransomware assault, an RDP hack often results in hackers selling your RDP system information on the dark web. There are various sites on the dark web that sell access to servers, networks, and devices obtained through RDP hacking, albeit you’ll need a black web browser like Tor to see them. One of the more frightening aspects of any malicious assault is that you may not even be aware that your system has been hacked until the security information is sold to a third party who then decides to use it against you.

Remote desktop hacking is a frightening prospect, but there are steps you can do to secure your business and your data. Buy-RDP provides secure remote support software that is designed to keep your data safe. The first layer is a secure line, which essentially means that Buy-RDP’s remote access is controlled by your company’s servers, guaranteeing that corporate security standards are not violated. User access management is the second layer, which ensures that target devices meet particular requirements for accepting inbound connection invitations. The third layer is user rights management, which allows firms to set user rights down to the smallest criterion by allowing different users to have various access profiles. Switching to a more secure alternative remote desktop software will protect you and your company from an RDP hack.

Documentation is the fourth security layer; buy-rdp keeps note of all activities and provides the most comprehensive audit trails possible. The facts are clear: if you use Microsoft’s Remote Desktop Protocol (RDP) for remote help and/or remote desktop, your system, network, devices, and data are all vulnerable to a remote desktop hack. The most effective strategy is to safeguard oneself.

No comments to show.